SYNOPSIS:
A cinematic exploration of one man’s fixation, told through poetry and interpretive dance. 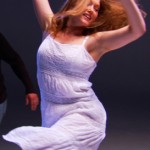 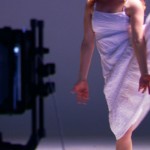 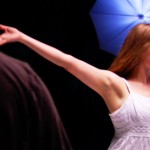 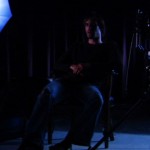 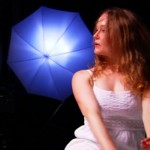 CHRIS “CK” OLSEN (Writer/Director/Producer…) is an Emmy®-winning filmmaker based out of Chicago. Part writer, director, choreographer, and cinematographer, Chris’s playful storytelling approach can be seen in a variety of high profile projects, including the award winning PBS documentary “THE ARTSIDERS®”, the hit animated television series “VEGGIETALES®”, the film festival favorite “BUTTERFLY”, and the musical children’s video series “THREADS™”. In addition to his film work, Chris enjoys teaching and lecturing to educational institutions across the country, and has been known to walk miles out of his way in order to procure a well-made chai tea latte.

KIRSTY MACKELLAR (Cast: “Dancer”) has been a performing artist in the Chicago scene for five years and has performed with the Lyric Opera of Chicago, Hedwig Dances, Same Planet Different World, and Luftwerk Productions. She is a graduate of the University of Wyoming with a BFA Dance. Kirsty’s love of the performing arts has extended her experiences to work as an Administrator for the Joffrey Ballet of Chicago, an Assistant to Executive Director of the Chicago Dancing Festival, and an Instructor of Gyrotonic at the East Bank Club, Chicago. She began her training at an early age in Australia, where studying at a talent school she performed as a Newcastle Knights Rugby League Cheerleader, a “Go-Go” Dancer at various nightclubs throughout Newcastle, Australia; and was a member of the elite cabaret troupe, “Talk of the Town”.

CHRISTOPHER PRENTICE (Cast: “Derek”) makes his film debut with Butterfly. His extensive work on stage ranges from Shakespeare to new works and includes Hamlet, Macbeth, Mercutio (Romeo and Juliet), Benedick (Much Ado About Nothing), Jaques (As You Like It), Sebastian (The Tempest), Marlow (She Stoops to Conquer), Robin Hood, Picasso (Steve Martin’s Picasso at the Lapin Agile), Jerry (The Zoo Story) and Estragon (Waiting for Godot). Regional theater credits include work with Chicago Shakespeare Theater, Milwaukee Rep, American Players Theatre, Dallas Theater Center, Northlight Theatre, Next Theatre, Irish Rep of Chicago, Illinois Shakespeare Festival, Montana Shakespeare in the Parks and Signal Ensemble Theatre in Chicago, which he co-founded. A native Texan, he holds a B.F.A. from Southern Methodist University in Dallas.