ANNOUNCING “BENEATH THE WHITE CITY LIGHTS”

“The White City” in the Press!

Phew! It’s been a crazy couple of months, but we’re finally able to talk about some of  our recent projects!  First off, we’ve been in production on an amazing new film documenting the creation and production of the new Thodos Dance Chicago story ballet “The White City: The Columbian Exposition of 1893”!  This new, completely original adaptation of the story of how the infamous Chicago World’s Fair came into existence was co-created by choreographers Ann Reinking and Melissa Thodos, and features over 48 minutes of original Dance, film projections from Filmmaker Chris Olsen, Lighting Design from Nathan Tomlinson, period costumes from Designer Nathan Rohrer, and gorgeous music from Composer Bruce Wolosoff, played live by the Carpe Diem String Quartet.  (For more info on the show check out Chris Olsen’s “The Story Behind the White City”, or the new Time Out Chicago article from Zac Whittenburg!)

The show has already recieved rave reviews from both the Chicago Sun Times and the Chicago  Tribune, and plays next at the Harris Theater, (205 E. Randolph St in Chicago) @ 8 p.m. March 4th, 2011.

Our documentary has followed the production since the beginning, and we’ve already captured some really amazing footage… So amazing that we thought it’d be fun to share some early shots from the show!  So enjoy the first images from “Beneath the White City Lights” and if you have a chance, definitely go see the live show this Friday… You’ll be glad you did! 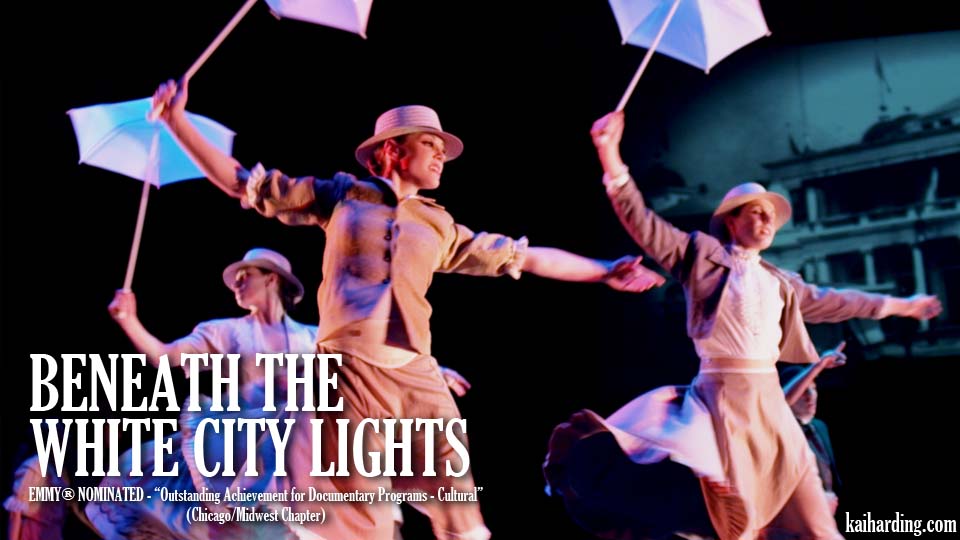 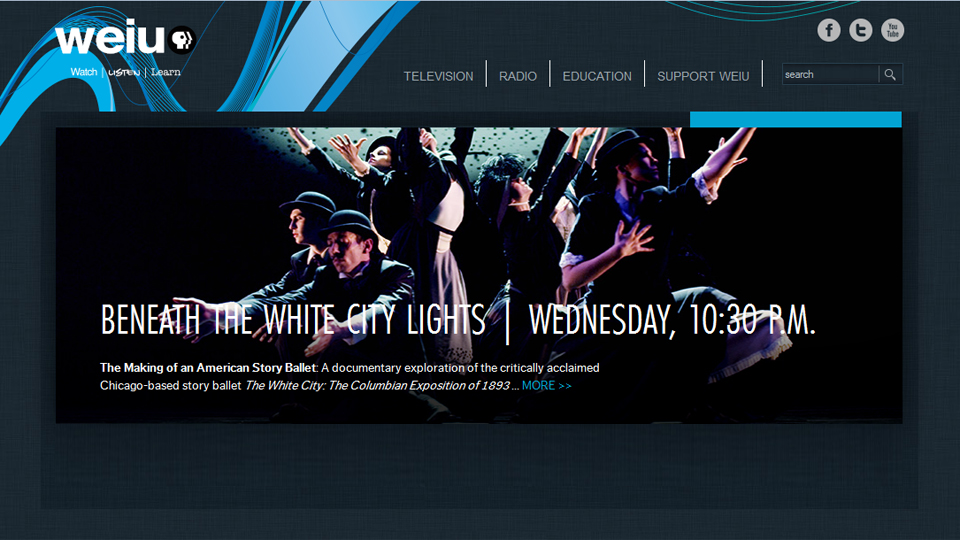 BENEATH THE WHITE CITY LIGHTS on PBS-WEIU!